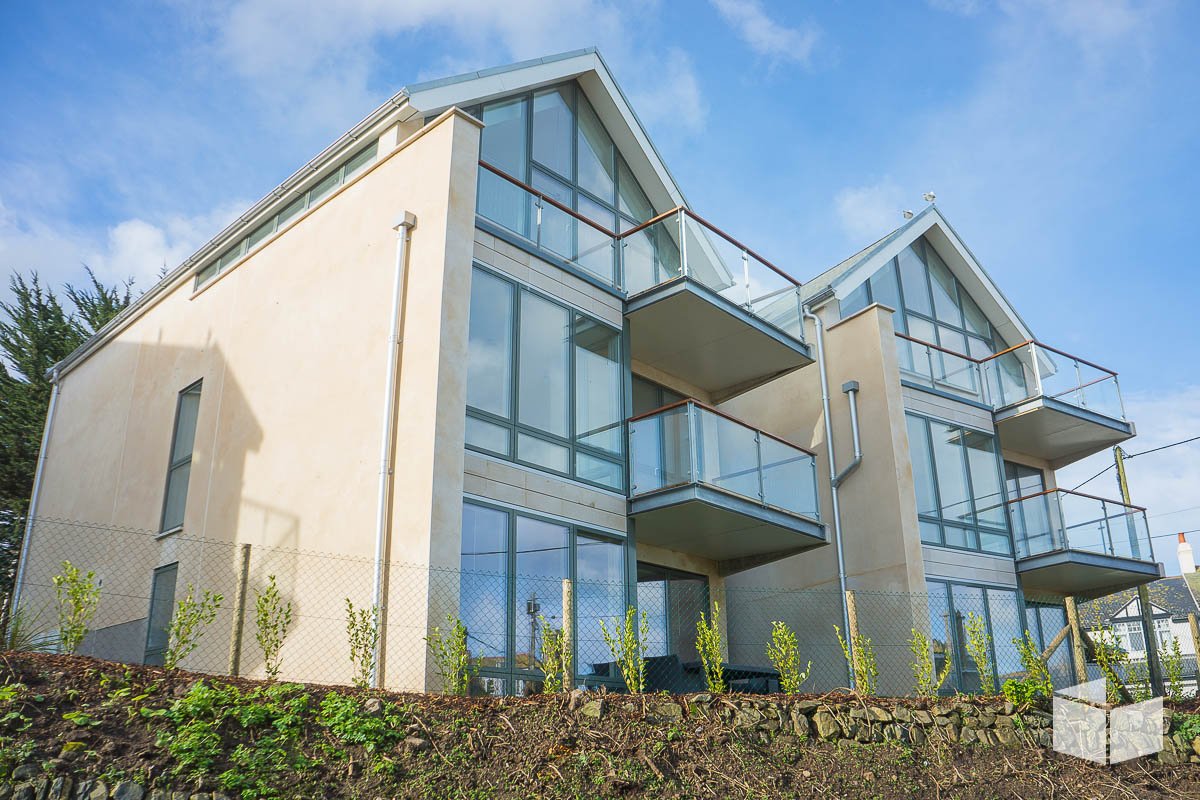 The benefits of using lime to create a vapour open construction are well known for historic solid walled buildings, however its use in modern construction is not so well documented.

The most common argument for using a lime mortar in modern buildings is for its green credentials. There is an immediate reduction in carbon at the production stage because lime is burnt at lower temperatures than cements. Lime mortars also set through carbonation, which is the reabsorption of CO2 and this reabsorption further reduces the embodied energy of the mortar.

When compared to cement based mortars, lime can offer a significant reduction in carbon, however the benefits do not stop there.

Modern buildings are designed to prevent water ingress through the use of a cavity. Masonry is porous and will draw water and moisture into the wall from internal and external elements, the cavity serves to drain this away and prevent it from being built up.

However, a cavity alone cannot protect a building entirely from water related issues. It has been estimated that up to 75% of building failures are due to water, with the most common causes of failure being water penetration and interstitial condensation.

Water related issue do not always result in failure, they can also impact the thermal performance of the structure and the occupier’s health.

Water can affect a building in 3 key areas –

The Middle – interstitial condensation; when warm, moist air reaches its dew point and turns into water.

Across Europe it has been estimated that anywhere from 10% to 50% of buildings suffer with damp and moisture related issues.

Water should be kept out of buildings, this much is obvious. The conventional method for doing this in modern construction is to use renders that are waterproof or contain waterproof additions and do not allow for water to reach the porous masonry: this is known as a capillary block or a closed render.

This makes perfect sense in theory, unfortunately in practice it is not always the case.

A render that is closed can lead to an increase in water run-off. This increased displacement of water can be injected into the wall (or frame) through junctions and detailing, which in turn can result in movement and failure.

A closed render will rely on chemical additions or treatments, such as silicone to prevent water ingress. As the render is subject to weathering and minor movement which takes place over the life of a building, the capillary block can and will break down. This break down will then allow water to enter the render, with little means of escape, which can lead to failure if it eventually reaches the porous masonry (or frame).

As water becomes trapped within a render it can be susceptible to freezing. When water freezes it has an expansion rate of 9%, meaning for every freeze cycle the crack is further widened, allowing more water to enter every rain cycle.

By using a vapour permeable render, water is absorbed more evenly across the entire surface. This in turn reduces the concentration of water in isolated locations, especially areas that may be more vulnerable.

This water and moisture is then allowed to evaporate back through the render and is not held captive.

Whilst this is a viable solution for external elements, there is always a risk of water/moisture penetration being too high and being able to transfer itself internally. This risk is heightened if the cavity is not wide enough or if it has been filled with insulation. However, this issue can be overcome by applying a vapour open mineral silicate paint that contains a hydrophobe, to repel liquid, which in turn with further increase the lifespan of the render coating. Detailing is still critical and has to be carried out sufficiently, however as a mineral paint chemically bonds to the render, it is not as susceptible to weathering, unlike modern closed systems and as a mineral paint is vapour open, it will ensure that any moisture contained within the render can escape.

Interstitial condensation is when warm, moist air penetrates a material and reaches its dew point, condensing on a surface.

Interstitial condensation is a complex issue and relies on several factors, but in essence it is pressure and temperature differences that pull warm humid air through materials until they hit a point where it is cold enough to turn to water. The point where the air hits a sufficient colder temperature is known as the dew point.

Interstitial condensation can lead to issues such as mould and rot, but it can also have a detrimental impact on the thermal performance of a structure.

Most standard insulation materials do not mix well with water. Water molecules will fill the voids within the insulation and create a cold bridge. This in turn significantly reduces the thermal performance of the building, leading to an increase in heating bills and carbon emissions.

A building cannot be sealed to combat this issue, as that will simply shift the issue to another area. We generate far too much moisture within structures to seal them off.

However, a breathable render can help combat this issue, by offering water and moisture a means of escape. A breathable render will be hygroscopic and porous, allowing moisture and water to enter. It has the ability to store the moisture without damage, until conditions allow for it to be released. By holding moisture within the render/plaster it will prevent it from being able to reach the insulation and have a detrimental impact. The moisture will then be released back into a room when the relative humidity is low enough to accommodate it, acting as a form of natural ventilation. It is also vital that if the finish is to be decorated a suitable, vapour permeable paint is used.

We already know the problems that can be caused if moisture is able to permeate through materials and settle within insulation, but what if the moisture is able to sit on surfaces within the internal environment?  When warm air hits a cold surface it is able to condense and form water droplets as condensation, this can be commonly seen on windows.

Air holds moisture and the temperature of the air determines the amount of moisture it can hold, with warmer air holding more than cold air. Much like with interstitial condensation, a balance between temperature and relative humidity needs to be achieved.
If condensation is allowed to dwell on a surface, it can result in mould. Mould is a fungal growth and whilst mould itself is not toxic, certain moulds can produce toxins that can be harmful to the occupant, triggering conditions such as allergic reactions, asthma and other auto-immune diseases.

Mould spores are microscopic and can be found everywhere, they are commonly contained within household dust. Unfortunately, no matter how thorough you clean, dust will likely always be present.

One area we can control is the level of moisture available within a building. A typical 3-bedroom house, with 4 occupants, will create 112 pints of moisture a week from breathing, cooking, showering and boiling the kettle. As we strive to create buildings with lower emissions and improved insulation through sealing our buildings, we in turn reduce the means of escape for this moisture.

Most moulds depend upon high levels of moisture to grow, typically they require a relative humidity of 70% and above. For comfort, most humans will prefer humidity levels below 70%, with the optimum levels being between 40% to 60%. Dust mites will thrive at 70% plus humidity and it is also worth noting that VOC’s are also more harmful outside of 40% to 60% humidity.

By sealing buildings and improving efficiency we are also increasing the capacity of water that the internal air can hold, if this is able to condense we are then increasing the ability for mould to grow. Ventilation is critical in maintaining stable conditions, by removing stale and warmer air, however highly insulated building usually rely on equipment, such as MVHR’s, to enable this process. Whilst MVHR’s work extremely well, we become reliant on them. A breathable surface, such as plaster or render has the ability to absorb and release moisture, meaning if humidity levels become too high the surfaces can act as a natural form of ventilation. It is also worth noting that the alkalinity of lime can help prevent mould growth by killing spores that may dwell on the surface.

The Cornerstone Newbuild Mortar range offers a variety breathable mortars for both internal and external use in modern construction.

Beeck Mineral Silicate Paints offer a range of paints for both internal and external use. Beeck paints work through a chemical bond between the paint and the surface. This chemical bond results in a vapour open paint, that is not subject to weathering like conventional paints.

2 thoughts on “Lime for Contemporary Construction”

Web orders are currently closed in light of the current situation. We will update you when this changes. In the meantime call 01208 79779 if you have any questions. Dismiss